Sicardi Gallery is pleased to present its first solo exhibition of work by Antonio Lizárraga (1924-2009). Spanning 30 years of the artist's production in painting, drawing, printmaking, and sculpture, this retrospective look at Lizárraga's work is the artist's first solo exhibition in the United States.  Please join us for an opening cocktail reception on Thursday, July 14 from 6 – 8pm.

Born in Buenos Aires, Lizárraga began his studies in 1946 at the Universidad Polytécnica de Madrid. Through most of the decade of the 1950s, he traveled through Europe and northern Africa, making work in diverse media. In 1959, he moved to São Paulo, where he began working as an illustrator of the literary supplement for the journal O Estado de São Paulo. During the nine years of his work there, Lizárraga was also deeply engaged in graphic design projects for books and industrial objects. He participated in the 9th, 10th, 11th, and 12th São Paulo bienals (1967, 1969, 1971, and 1973). And, in 1979, he participated as a founding member of the Cooperative dos Artistas Plásticos de São Paulo, and his design work was shown in the exhibition O Desenho como Instrumento in the Pinacoteca do Estado. In the 1980s, Lizárraga's artistic process changed dramatically, a result of health complications. He began working closely with an assistant, who became a kind of physical extension of the artist's thought process. In 1993, the Museu de Arte Moderna de São Paulo held a solo exhibition of his paintings.

Throughout his career, Lizárraga looked to the shared implications of design, geometric painting, and poetry. His works in diverse mediums demonstrate the simple elegance of forms, as they create balance within a composition. Although his contributions to art and design history are well-known in Brazil, this exhibition marks an exciting introduction for collectors and institutions. 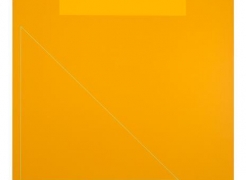