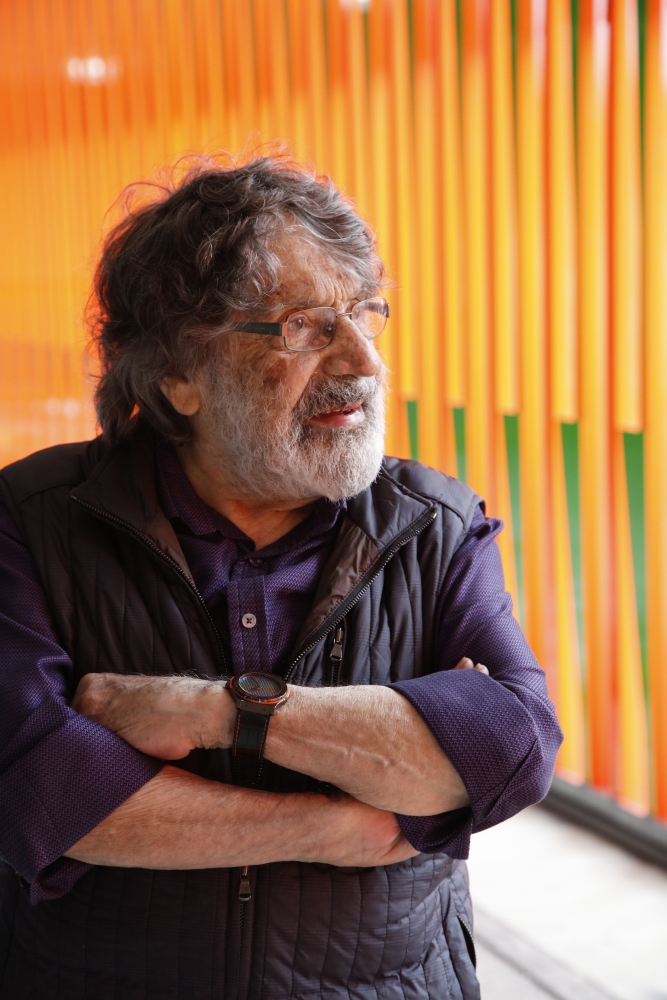 The new pieces will be unveiled upon the completion of a $450 million redevelopment plan, which broke ground in 2012.

When the Museum of Fine Arts, Houston completes its $450 millionmultiyear redevelopment plan, projected for the fall of 2020, it will unveil the new Nancy and Rich Kinder Building for 20th- and 21st-century art, as well as seven new site-specific installations from a roster of international artists.

The artists are El Anatsui, Byung Hoon Choi, Carlos Cruz-Diez, Olafur Eliasson, Trenton Doyle Hancock, Cristina Iglesias and Ai Weiwei, and they were commissioned to create a mix of sculptures, light installations and suspended artworks for the 14-acre premises, known as the Susan and Fayez S. Sarofim Campus. These new site-specific pieces will serve as a way to unify the museum’s new spaces and landscaping.

“The art world is a global place now and wanting to reflect that, we were very happy to be able to address a wide variety of continents and points of view in these commissions,” Gary Tinterow, the museum’s director, said in a phone interview.

Ms. Iglesias, a Spanish sculptor who explores the use of water in her work, will create a sculptural pool for the Kinder Building’s main entrance, while three abstract sculptures by Mr. Choi, a South Korean artist, will occupy a courtyard pool near an adjacent entrance.

Olafur Eliasson, a Danish-Icelandic sculptor, will create a yellow light installation for a tunnel linking the Kinder Building to the museum’s Glassell School of Art. An underground tunnel connecting the Kinder Building to the Caroline Wiess Law Building, which is a gallery space across the street, will incorporate a lighting design by Mr. Cruz-Diez, a Venezuelan artist. Plans for the installation, which were designed before the artist’s death in July, will feature his signature red, green and blue light and will be realized with help from his foundation and his studio in Panama.

Elsewhere on the campus, visitors will be able to view a metallic tapestry designed by Mr. Anatsui, a Ghanaian artist, which will hang in the Kinder Building. A dragon sculpture created by Mr. Ai, the Chinese artist, will be suspended from the ceiling in the Glassell School. And a design from the Houston-based Trenton Doyle Hancock — a 10-by-22-foot tapestry — will be displayed at a restaurant space.

The costs for these installations were covered by the museum’s Caroline Wiess Law Endowment fund for modern and contemporary art, while the larger redevelopment plan has been financed by a capital and endowment campaign that has raised $472 million from donors to date.

The site-specific installations and the Kinder Building’s completion will cap the expansion project, which was started in 2012 to create more gallery space. The redevelopment, led by Steven Holl Architects, has already brought the museum a new public plaza, a new home for the Glassell School and the Lake|Flato Architects-designed Sarah Campbell Blaffer Foundation Center for Conservation.

ArtNet - The Expanded MFA Houston Will Host Seven Splashy Sculpture Commissions, Including Not One, but Two Hallucinatory Artist-Designed Tunnels