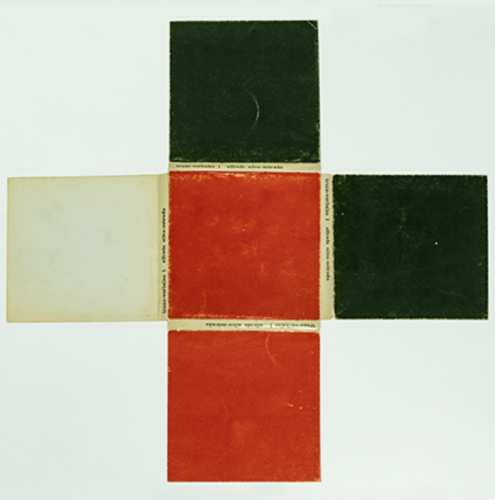 The Weight of Form: The Graphic Design of Carlos Cruz-Diez

Organized by:  Museo Reina Sofía
Times: Monday to Friday, from 9am to 8pm

In collaboration with: Archivo Fotografía Urbana and Cruz-Diez Art Foundation

Carlos Cruz-Diez (Caracas, 1923 – Paris, 2019) was one of the pre-eminent abstract-geometric artists of the second half of the 20th century and best known for his Physichromies, indelible contributions to the history of Western art and a contemporary example of the tensions in opposition to draughtsmen and draughtswomen and colourists over the centuries, a dispute that was at once technical, aesthetic and philosophical.

A lesser-known side of the artist’s output is his work in the field of graphic design, where he played an important role in the development of the Venezuelan publishing industry, contributing to a shift related to a company becoming more than just technicians (typographers, layout designers, printers) to one where design added the formal and chromatic sensibility of the visual artist to the profession. Venezuela’s rapid economic expansion, driven by the oil industry, demanded from Venezuelan publishing companies knowledge in the visual communication they lacked; years in which graphic design did not exist as an independent profession and companies turned to visual artists, including Carlos Cruz-Diez. His story bears a resemblance to that of many other artists in Latin America, such as concrete artists Hércules Barsotti and Tomás Maldonado, from Brazil and Argentina, respectively, who worked simultaneously as artists and designers, as graphic and industrial designers, basing their work on the contributions of European technicians and artists, particularly from Spain, Italy and Germany, in the wake of the Second World War.

The work of Carlos Cruz-Diez is characterised, as much in the field of graphic design as his visual work, by a — sometimes obsessive — reflection on the so-called “weight of form”; weight that is at once semantic and structural, positive and negative, liberating and oppressive. As a designer, the search for simple and effective solutions was anchored in the ordered and symbiotic co-existence of form, colour and content. By contrast, in his visual work form only seemed to work to delineate an area of chromatic interaction that would not restrict the light and immaterial nature of colour.

A broad study and introspection would lead Cruz-Diez to understand that, in the art of his time, colour was expected to provide a solution to evince the nature of its mutation and light. The languages put into play to achieve it, essentially through juxtaposing and overlapping coloured patterns, came directly from printing, where the reproduction of a colour image was also gained by overlaying four colour patterns at different tilting angles: one yellow, one magenta, one blue and another black.

This show displays part of Carlos Cruz-Diez’s output in the field of graphic design in the years spanning from 1930 to 2015 and primarily developed in three formats: publishing design, posters and exhibition catalogues.