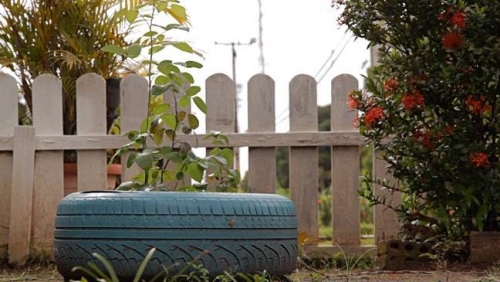 The Museum of Latin-American Art (MOLAA) will open its exhibit Streamlined: Belterra, Amazónia/Alberta, Michigan on Saturday, Jan. 17. The show, which is curated by Edward Hayes Jr., showcases the work of the Brazilian artist Clarissa Tossin, who investigates the promises, legacies and failures of modernity, globalism and utopian idealism. As in this exhibition, much of her work deals with an examination of cultural and economic exchanges between the United States and Brazil.

In a video installation, Clarissa Tossin brings together two Ford Motor Company towns: Belterra, a rubber plantation village in the Brazilian Amazon Forest, and Alberta, a sawmill town in Michigan’s Upper Peninsula. Built concurrently in 1935, each town provided, respectively, rubber and wood for the manufacturing of the Model T in the United States. The installation establishes a sense of place, highlighting how specific cultural characteristics inhabited and changed these equivalent, pre-planned towns.