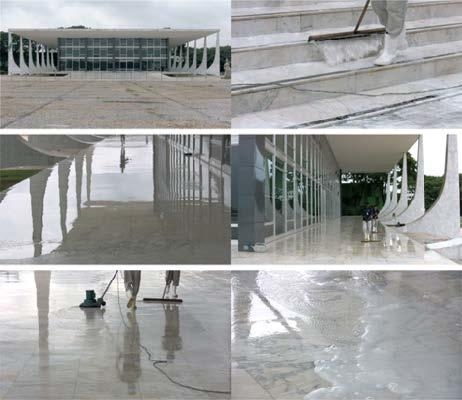 In the fresh and provocative work presented in MetaModern, artists both leading and emerging, refer literally or conceptually to design objects of the mid-century. These now historic objects have gained the status of icon, emblem, and cultural signifier. It is a testament to their enduring power that these objects now catalyze a generation of artists too young to have experienced modernism firsthand, to return to them in a spirit of critique and homage.

The notion of modernism had its genesis in Europe during an intense decade of experimentation at the Bauhaus beginning in 1919. Function and utility were the school’s ethos while the hallmarks were the use of modern materials and manufacturing methods, honesty in the facture of form, and an embrace of abstraction over symbolism. World War II shifted the activity to this side of the ocean, as European practitioners, including Walter Gropius, Erich Mendelsohn, Ludwig Mies van der Rohe, Richard Neutra, and Rudolph Schindler, emigrated to the United States. These innovators formed the faculties of American architectural schools, most notably at Harvard University and the Illinois Institute of Technology. Modernism was held as truth by the generations of students they trained: emerging in the 1960s and ’70s, these young designers felt they had arrived at a place beyond style. Modernism was the pure and true mode in which to design everything from typography to furniture to architecture.

When architects, those removed by several generations from the birth of modernism, came to maturity as designers—Frank Gehry, Charles Moore, Ettore Sottsass, Robert Stern, and Robert Venturi—they challenged all that modernism had embraced. Their vocabulary included fanciful embellishment, applied color, decorative patterning, and references to historical styles.

Now, over 90 years after the revolution at the Bauhaus, modernism has sparked a passion in designers and collectors. The prices of signature objects of the classic modernist era are soaring, and its buildings—such as the TWA Terminal at JFK International Airport—are being restored and valued as historical monuments. Similarly, artists who incorporate iconic modernist designs in their work today often produce recombinations and modifications that result in an entirely unique mix—or meta, meaning beyond, changed, self-reverential, and abstracted from another concept. Using classic elements in new configurations, these artists are making original works of art that comment on the claims of the past in light of the complexities of the present.

The artists in this exhibition, most of whom were born in the 1960s, do not adapt modern or quasi-modernist forms to create a referential stylistic visual vocabulary. Instead, they adopt the actual vocabulary of the modern movement to question the content of style and its relationship to history. Their work challenges the tenets of modernism headon. Some of them recast iconic forms in materials that inherently question the precepts of the originals—Terence Gower in papier-mâché and Conrad Bakker in rough painted wood. Others—Edgar Orlaineta, and Gabriel Sierra, Kendell Carter and Fernanda Fragateiro—take touchstone designs of the era by designers such as Charles and Ray Eames or Mies van der Rohe, and, by manipulating and reorienting these expressions of utility and simplicity, overturn their original impetus. Questioning the endurance of the meanings of these icons, Simon Starling’s, Barbara Visser’s and Elmgreen & Dragset’s strategies are to present designs that were conceived as pristine and timeless as if they were worn and tired, and Bakker’s paintings explore this from another angle, through eBay; Jordi Colomer’s videoed performances pit a runner’s endurance against the endurance of the icon’s message. Constantin Boym marries two divergent ethos, high modernism and Sears and Brian Jungen embellishes iconic designs with crafty and incongruous accretions. Olga Koumoundouros’s constructions defy the basic premises of modernism, questioning its call for clarity, honesty, and permanence. In film, Dorit Margreiter and Josiah McElheny demonstrate how modern design has become an eloquent storyteller, rather than a formal enterprise eschewing anecdotal content. James Welling and Iñigo Manglano-Ovalle shift contexts and orientations, formal and conceptual, Jill Magid introduces questions around reproduction. Clarissa Tossin, in elegiac video presents the futility of modernism’s promises. Often ironic and witty, the works in this exhibition offer a thoughtful critique of innumerable issues that extend across the fields of design and history.

The exhibition will bring together works in a wide range of media by 20 international artists, to explore the concept of modernism as a style. Removed from its pristine original context, the modernist aesthetic is examined through the lens of present-day cultural assumptions.

The illustrated catalogue that will be published by the Krannert Art Museum, and distributed by the University of Washington Press will be the vehicle to explore the questions and issues raised by the exhibition from a number of points of view. The curators will outline their premises and readings of the works in the exhibition. Seeing contemporary art and design as reflective and prescient of developments in the surrounding culture, they will discuss the strategies embraced by the artists.

Conrad Bakker, noted artist on the University of Illinois School of Art + Design faculty, whose work is included in the exhibition, will collaborate with Kevin Huizenga to create a graphic essay on the topic of commercialism and the Eames Studio—an issue seminal to the exhibition thesis. Simon Mawer, author of Booker Prize short list The Glass Room, is writing on essay for the book, building on his approach of casting modernism as the protagonist in his novel.

As the modern design objects and works of art that form the foundation for the work in the exhibition may not be known to the readership, a glossary, with images of the original works and essential descriptive data, will be part of this publication.

The exhibition will travel to:

University of Illinois at Urbana-Champaign