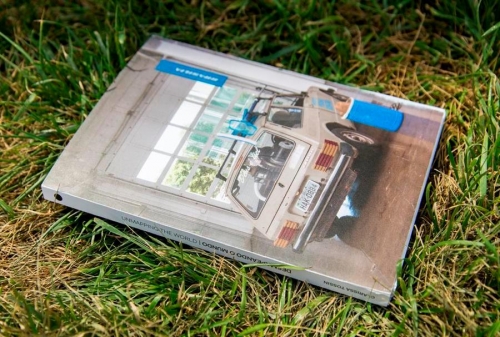 Unmapping the World is organized around a set of works produced by Clarissa Tossin over a period of five years during artist residencies, and commissioned by Brazilian and North American art institutions. These works manifest the development of a poetics that employs a wide range of strategies in order to address contemporary issues. Tossin’s objects, videos, and installations explore a broad and intricate spectrum of desires, impasses, and utopias, while also establishing their own expressive logic, above and beyond these topics.

Driven by the curiosity of the artist-anthropologist, Tossin’s works are formed through analysis of the politics of space and urban spaces, as well as interrogations into the mappings and discourses of power, relationships of consumption and identity, circulations of symbols and ideas, and the role of architecture—particularly that of Brasília, a modernist monument that she has come to call ‘home.’

The book is bilingual, in English and Portuguese, and includes texts by Moacir dos Anjos, Michael Ned Holte, and Guilherme Wisnik. The publication has been made possible by a fellowship from the California Community Foundation.

Michael Ned Holte is a curator, writer, and codirector of the Art Program at the California Institute of the Arts. His texts on contemporary art have appeared in print and online publications such as Afterall, Artforum, Brooklyn Rail, East of Borneo, and Pin-Up, as well as in numerous books and exhibition catalogues. He recently served as cocurator (with Connie Butler) of Made in L.A. 2014 at the Hammer Museum, Los Angeles.

Clarissa Tossin (Porto Alegre, Brazil, 1973) lives and works in Los Angeles. She received an M.F.A. from the California Institute of the Arts in 2009 and was a Core Fellow at the Museum of Fine Arts Houston from 2010 to 2012. Her multimedia installation Brasília, Cars, Pools and Other Modernities was recently featured in the Hammer Museum’s Biennial Made in L.A. 2014. In early 2015, the video installation Streamlined: Belterra, Amazônia / Alberta, Michigan was the subject of a solo exhibition at the Museum of Latin American Art, Long Beach.