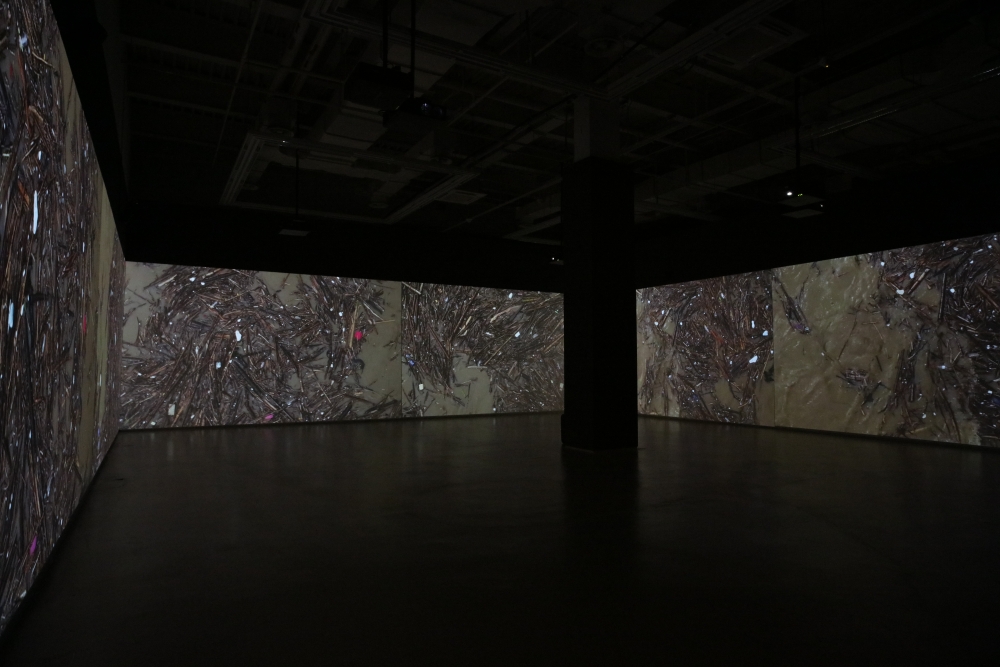 Artists fly higher and farther than our politicians and businessmen, who are given to well-trodden roads and tried-and-true formulas, tend to do. And this week has come to prove this correct with the opening of the XII edition of the international art biennial of Shanghai, a mega art exhibition that brings together works by a hundred artists from around the world, among which Clemencia Echeverri’s River by Assault stands out. A stunning floor-to-ceiling video installation from that comprises six screens, it responds to this great artist’s lasting concern for the fate of Colombia’s rivers. The rivers that she incorporates into her work evoke the horrors of the nameless war endured for so many years – one that still delivers mortal blows. Rivers as dumps for the cadavers thrown into the waters by murderers in search of impunity. Rivers that have drowned out the cries of survivors with their roar. Rivers as powerful as storms or earthquakes. Rivers like the Cauca River, which she evokes with force in this moving sequence of images. As is well known, ten years ago in Ituango the decision was taken to build a hydroelectric power plant, part of which would be the dam that would give rise to an artificial lake seven kilometers in length and containing millions of hectoliters of water beneath which villages, crops and forests would be buried. Inhabitants of the area opposed, as did environmentalists, convinced that the problems caused by these megaprojects far outweigh the benefits expected of them. There are other alternatives, they claimed. Megalomania, however, has a high price to pay, and a few months ago part of the construction yielded to the pressure of the waters and collapsed. The predictions of a catastrophe were fulfilled. The project is currently in a state of uncertainty and from this impasse Clemencia Echeverri has composed a work that comprises a syncopated chronicle of the Cauca River: of its meek emergence from the bowels of the Earth, of the increasingly impetuous growth of its flow, of its capture, of the fury with which it broke free from its prison, of the death and destruction that it brought in its path, and of its final burial in the sea. This chronicle is also a madrigal, a lied, a song, a hymn, a requiem and an elegy and, of course, a sober lament for nature under attack and a shout of protest against those who so irresponsibly attack her.