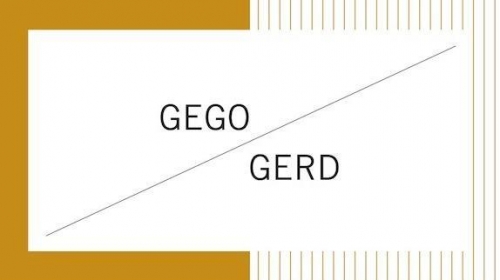 Gego (Gertrude Goldschmidt, Venezuelan, born Germany, 1912–1994) and Gerd Leufert (Venezuelan, born Lithuania, 1914–1998) are among the most significant artists working with the language of abstraction during the second half of the 20th century in Venezuela. The exhibition Gego and Gerd Leufert: a dialogue highlights both artists' development and reciprocal influence through a focused core of works produced from 1964 to 1990. The exhibition explores shared motifs in each of these artists' productions, most notably their use of the line as a means of enhancing the visual potentiality of empty spaces within two or three-dimensional forms. The partnership between Gego and Leufert resulted in lifelong mutual support that concurrently nurtured their personal relationship and their independent careers as artists. Gego and Gerd Leufert: a dialogue provides a long-overdue, tandem examination of the artists' works, thereby unveiling an underlying, parallel dialogue of nonobjective language within their organic forms, linear structures, and systematic, spatial investigations. Both ultimately became pioneers in their field, having a long-lasting impact on future generations of artists at national and international levels.

Gego and Gerd Leufert: a dialogue opens at a pivotal moment to coincide with the artists' centenary celebration of their births. This unique timing opens the door for the continuation of critical discussion of their critical role in modern art history.

Hunter College and the Hunter College Art Galleries thank the generous sponsors of Gego and Gerd Leufert: a dialogue, who have made this exhibition possible. These include Patricia Phelps de Cisneros, ISLAA (Institute for Studies on Latin American Art), the GPM Fund, Solita Mishaan, Andrea and José Olympio Pereira, and Sicardi Gallery, Houston. We are also extremely grateful for the leadership support of the Hunter College Art Galleries provided by Carol Goldberg and Agnes Gund, and by an anonymous donor. Through this, they have been key to the realization of this unique exhibition.

Gego was born Gertrude Goldschmidt in Hamburg, Germany, in 1912, and migrated to Venezuela in 1939, fleeing Nazi Germany. Trained as an architect at the Technische Hochschule (Technical School) of Stuttgart, now the Universität Stuttgart, she graduated in 1938 with a degree in engineering and began her career in Caracas working at several architectural firms. Gego maintained her practice of painting and drawing, and in the early 1950s, she abandoned work as an architect to pursue art. In 1954 she exhibited for the first time in Venezuela at the XV Salón Oficial Anual de Arte Venezolano (XV Annual Official Salon of Venezuelan Art) at the Museo de Bellas Artes, Caracas, and earned her first solo show in 1958. In the following decade, she explored the relationship between line, space, and volume, following a nonobjective language. She continued developing her visual vocabulary, working in engraving and sculpture, fastidiously conducting investigations of spheres and cubes, all the while conveying a dynamism with her lines that set her apart from her peers. From 1963 to 1967 Gego focused on refining her printing technique by attending grant-funded trips to print workshops at the Pratt Institute in New York and the Tamarind Lithography Workshop in Los Angeles. In 1967 she was awarded a prize for her lithographs at the XXVIII Salón Oficial Anual de Arte Venezolano. Gego's work of the late 1960s and 1970s shows her experimentation with new materials and three-dimensional construction techniques. In 1979 she was awarded Venezuela's Premio Nacional de Artes Plásticas, and in 1981, her installation Reticulárea was permanently installed at the Galería de Arte Nacional, Caracas. Highly idiosyncratic, Gego's oeuvre was and remains iconic among her contemporaries, proponents of Venezuelan kinetic art, such as Jesús Rafael Soto and Alejandro Otero, and post-war Constructivists. Gego passed away in Caracas in 1994.

Gerd Leufert was born in 1914 in Memel, a coastal Lithuanian town later occupied by Germany. He attended the Akademie der Bildenden Künste in Munich in 1939, where he studied graphic design, and became a member of the Werkbund, an interdisciplinary association founded on the social importance of design and craftsmanship. He migrated to Caracas, Venezuela, in 1951, and excelled as a graphic designer. His contribution to the visual arts, graphic design, and museology is paramount in Venezuela. He was credited with bringing the rigor of German design principles to the country, and was well regarded for his work as an art and graphic design teacher in various Caracas educational institutions. From 1961 to 1973, Leufert worked at the Museo de Bellas Artes, Caracas, first as a designer, rebranding the museum's visual identity, and later as the curator of drawings and graphic design. During his tenure he developed numerous exhibitions and published nearly 300 exhibition catalogues, of which he personally designed two hundred. During this time he also published celebrated and award-winning books, including Visibilia (1966), Imposibilia (1968), Nenias (1970), and Sin Arco (1971), which featured his groundbreaking graphic design. Upon retirement, from 1974 to 1979, Leufert was part of a group of four designers who developed La nueva estampilla Venezolana (The new Venezuelan stamp) series of postage stamps, which were exhibited in Venezuela and Prague, then Czechoslovakia. Boundless in his invention, he then focused on creating sculpture in organic materials and on a new venture into photography. In 1990 he was awarded Venezuela's Premio Nacional de Artes Plásticas, followed by an exhibition of his photographs at Sala RG, Caracas, curated by Miguel Arroyo (Venezuelan, 1920–2004).  In the last years of his life, Leufert continued to exhibit his drawings and photographs at Centro Cultural Consolidado, Caracas (1992), Museo de Arte Contemporáneo de Maracay Mario Abreu (1992), and Museo de Bellas Artes (1994–95). He passed away in Caracas in 1998.

About the Hunter College Art Galleries

The Hunter College Art Galleries, under the auspices of the Department of Art and Art History, have been a vital aspect of the New York cultural landscape since their inception over a quarter-century ago. This exhibition builds on a long tradition of creative interchange between art history and studio art at Hunter.

Widely regarded as one of the leading art programs in the country, Hunter College's Department of Art serves both undergraduate and graduate populations, offering a full undergraduate major in Art, a BFA and an MFA in Studio Art, and an MA in Art History. In its 2012 rankings of "America's Best Graduate Schools," U.S. News & World Report ranked Hunter's Master of Fine Arts program 13th in the nation, and within this, the painting and drawing program seventh.