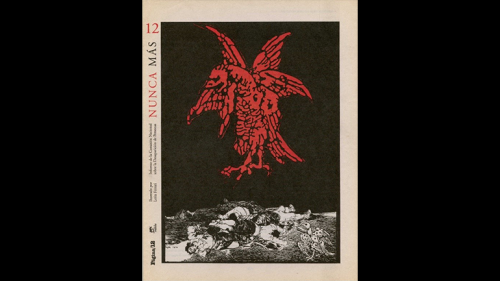 The project The Kind Cruelty, 100 Years aims to shine a light on the work of León Ferrari (Buenos Aires, 1920–2013) in Europe and preserve part of his heritage across three European institutions by dint of a far-reaching and pedagogical vision fostering the contextualisation and dissemination of his legacy on the hundredth anniversary of his birth. The project stems from an agreement reached between Fundación Augusto y León Ferrari Arte y Acervo (FALFAA, Buenos Aires) and Museo Reina Sofía and, together with the exhibition, reflects a donation of 15 original works and the production of 219 single copies of the artist’s objects and series, to become part of the Museo Reina Sofía Collection.

Ferrari’s legacy makes up a broad repertoire of works that explore an array of materials and languages to examine irreverent forms of assembling and dismantling visual and discursive power rhetoric, be it political, religious or in the media.

The artist’s work, moreover, shuns traditional art-world categories; hence one of the main strands of the show evincing how the work León Ferrari produced in the 1960s — his initial drawings, collages and watercolours, wire sculptures and his engagement with writing and poetry — reveals an early area of exploration in which formal experimentation, poetics, concepts and politics combine. Thus, the exhibition surveys a dismantling of the binary distinction between an abstract phase and political phase in Ferrari’s work, with the two poles actively and singularly present across his career arc.

Another centrepiece of the show is the inclusion of unpublished documents related to a series of actions Ferrari worked on inside and outside the field of art, leading him to delve into the sphere of law, science-medicine and human rights and broaden his gaze on to a political and ethical commitment that shaped both his life and his work.

This documentation, stressing the artist’s working method, reveals the crossroads and continuities between the search for material experimentation and the actions to support different causes Ferrari maintained throughout his life. In this way, the complexity of his legacy and its critical potential can be addressed to respond to the challenges in todays’ society.