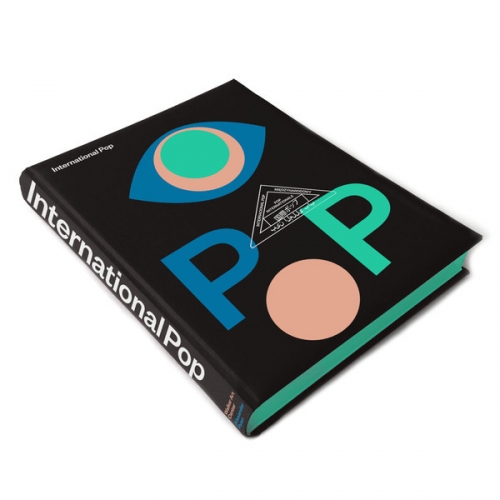 Organized by the Walker Art Center, International Pop chronicles the global emergence of Pop art from the 1950s through the early 1970s. While previous exhibitions and prevailing scholarship have primarily focused on the dominance of Pop activity in New York and London during this time, this exhibition examines work from artists across the globe who were confronting many of the same radical developments, laying the foundation for the emergence of an art form that embraced figuration, media strategies, and mechanical processes with a new spirit of urgency and/or exuberance.

This groundbreaking exhibition follows the trajectories of Pop and its critical points of contact with global developments in art such as Nouveau Réalisme (France), Concretism and Neo-Concretism (Brazil), the Art of Things (Argentina), Anti-Art (Japan), Capitalist Realism (Germany), Happenings, and Neo-Dada. As such, the landmark exhibition recaptures the energy and inquisitiveness of this moment in art, expanding the frame of its influence and diversity while reenergizing questions around the true significance, breadth, and definition of Pop art.

Created in dialogue with an international array of curators and scholars, International Pop features some 140 works from 14 countries as well as a dedicated film/video program daily in the galleries.

The Walker-produced exhibition catalogue offers an in-depth study of the international Pop phenomenon with essays by scholars, film critics, and curators from Argentina, Brazil, Japan, Britain, the United States, Hungary, and Italy; an extensive visual chronology; a roundtable discussion; and a selection of stunning images, many rarely seen outside their countries of origin.

Following its presentation at the Walker, International Pop will tour to the Dallas Museum of Art and the Philadelphia Museum of Art through 2016.