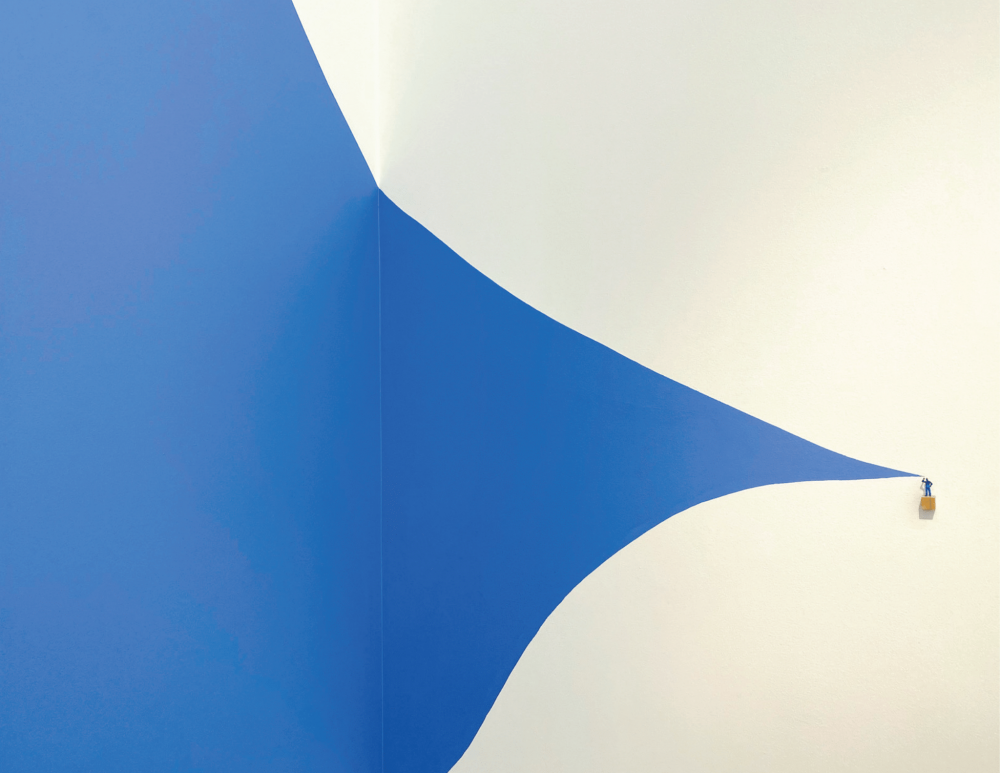 From the Twin Towers to the coronavirus, our crises according to Liliana Porter: “This pause can have positive consequences.”

“Nothing will ever be the same,” thought Liliana Porter when she returned to New York in 2001, after having seen on television in Spain the Twin Towers collapse eight blocks from her loft in Tribeca. Based in the United States since 1964, the Argentine artist soon afterwards moved to a house with a barn in Rhinebeck, two hours from Manhattan, surrounded by birds and deer.

That is where she is now, with the Uruguayan artist Ana Tiscornia, in a quarantine forced by another, “much more global” crisis caused by the coronavirus pandemic. “The news coming from the media is sinister,” she says of the situation but, according to her, it could have “positive consequences.”

"This silence is an opportunity to think," she writes to LA NACION as she inaugurates from a distance “Red Brush and Other Situations”, her tenth solo exhibition at the Sicardi-Ayers-Bacino Gallery in Houston, Texas. She is also working together with Tiscornia and several actors on a theatrical project, filmed with cellphones in each of their homes, which will be broadcast on social networks.

With this new work, Liliana, one of the most established Argentine artists, will go one step further to demonstrate her great versatility. Her career includes prints, drawings, installations, objects, photography, video and theater. In addition to having received awards such as the Platinum Konex and being represented in the collections of the world’s most important museums, from the MoMA and the Met in New York to the Tate Modern in London and the Reina Sofía in Madrid, she also participated in the Venice Biennale with “The Man with the Ax and Other Brief Situations.” The installation was exhibited in Malba in 2013 and acquired by the Pérez Art Museum Miami (PAMM), which also dedicated an exhibition to it.

That work, like many others by Porter, includes small dolls who with energy, patience and perseverance are enmeshed in tasks that seem to exceed their strength. This is one of the ways in which she deals with her favorite topics: time, representation and “our relationship with what we call reality.” A relationship which, undoubtedly, will not be the same once the quarantine ends.

CC: What has changed in your surroundings since September 11, 2001 and what do you think will change after the current crisis?

LP: In 2001, I lived in Tribeca, very close to the Twin Towers, and I thought that nothing was going to be like it had been before. Many things returned to their normal routine, but others in the world underwent great changes. On a personal level, this event made me urgently leave the area where I lived and move away from the city.

The current crisis is an even more global event, with its respective consequences. As I write this, I am living in the very moment when we must all be locked in our homes to prevent the virus from spreading further. Universities, schools, cinemas, restaurants, businesses are all closed. There are very few people on the streets. It feels like the world has stopped, that time has stopped, that only we are moving. The news coming from the media is sinister.

However, many lessons will come from this situation, such as the feeling that if we, humanity, wanted we could reach important agreements to prevent other disasters, environmental ones and others of a social nature. This pause, this silence, is an opportunity to think. I believe that in this regard it can have positive and unexpected consequences. I would like to believe that this is so.

CC: In an interview with Ana Tiscornia you said that your mother had a very difficult life and that she taught you the use of fantasy as a means of salvation. How did she transmit this to you?

LP: My mom was a very positive and creative person, which you could see in her everyday actions. The main lesson that she taught us was to see her act in a generous,

healthy and positive way every day, when we were fully aware of all the tragedies she had experienced in her childhood and adolescence. That was a great lesson, to see that it was possible by force of will to overcome an adverse destiny.

CC: In your work, the need to organize, repair and to clean up is very present. Characters are also shown facing tasks that seem impossible to accomplish, and yet they submit themselves to the task with joy and perseverance. Why is the act of working so present in your production and how do you relate it to the current moment?

LP: The metaphor of the series of “forced labor” and other tasks of cleaning and repairing, refers, in fact, to being faced with tasks that are beyond our control but that we must face with faith and hope. I am an optimistic person, and in my work, which has its tragic side, I always try to show a possible way out. In the moment in which we are living, it would seem that we need that attitude to make the best of the present circumstances.

CC: In the exhibition you did in 2015 in the Ruth Benzacar Galería de Arte, many of your characters joined forces to repair a piano. And for the theater play you presented the year before in Buenos Aires, you also invited artists from different disciplines. Do you think this crisis is going to help us move from a paradigm of competition to that of cooperation?

LP: I think it's already happening. There are many people inventing collaborative projects using media and technology. I'm involved in a group project myself right now. We are working with an Argentine group of actors with whom we have already presented works in the past. Ana and I wrote the script, and we sent them via email the parts that they are to act out while filming themselves with their cellphones. At this moment we are already in the editing stage, helped by Federico Lo Bianco from Buenos Aires. The music will be by Sylvia Meyer. When it is finished we plan to release it openly on social networks.

CC: You also give humor a lot of space in your work. How important is humor to you at a moment like the one we are experiencing today?

LP: Humor helps us a lot when we have to face issues that are beyond us. The difference that exists between our goals and the reality of our limits is already a situation of involuntary humor.

CC: Time is another key aspect of your work. Do you think this quarantine will change our perception of time? Do you think we can slow down our lifestyle and our obsession with being productive?

LP: That would be wonderful, but as Borges wrote, “Memory is permeable to forgetfulness.” In crises, at extreme moments, we are momentarily wise because we become aware of our mortality, but very soon this clarity fades.

CC: What things do you suppose will change in the art world after the current crisis?

LP: Artists will continue creating but I have no idea what will happen to the art world. I think there will be an increase in cyber communications, both culturally and within the market.

CC: What is the role of artists in moments like this? How can they help contribute to a change in consciousness?

LP: I believe that artists have always tried to create awareness, and we will continue to search for such critical thought, for thought-generating reflections.

CC: Do you feel that this global crisis will redefine the sense of belonging to a certain region or country, or to limiting concepts such as “Latin American art”?

LP: It probably will help to rethink those limits, because to the extent that there is more awareness of other people, the possibility of communication increases.

(Translated from Spanish by Kurt Hollander)