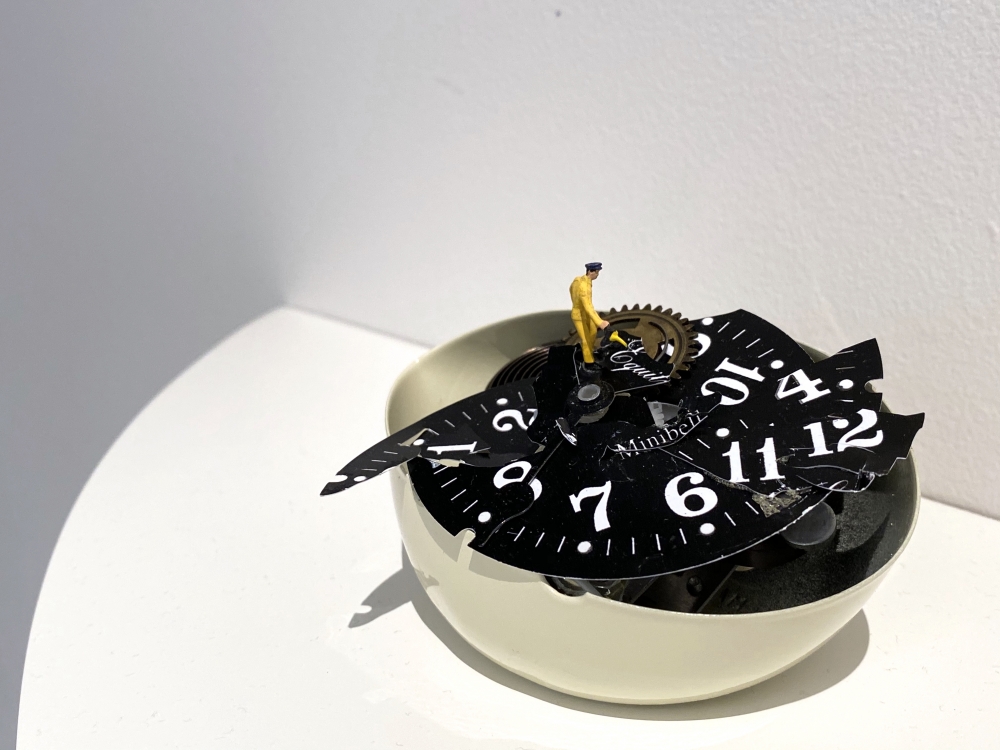 Margarita had lost almost all her siblings when the last one she had left died alongside her father in a fatal fire that also left her homeless. Instead of despairing, she learned to enjoy every moment.

“All that disaster could have turned her into a bitter person and yet the opposite happened,” says Liliana Porter about her mother, of Romanian origin, who taught her “not to be afraid of anything” and to take refuge in “fantasy as a way of salvation.” “She reinvented her life all the time,” added the artist in an interview with Ana Tiscornia. “She wrote, drew, did engravings, made dresses for me, cleaned house, all with the same intensity and dedication.”

Liliana inherited from her father, Julio, a sense of humor and a passion for storytelling. A writer and film director, he also gave her an enthusiasm for fictional worlds that can be seen in her work.

An admirer of Jorge Luis Borges, she chose a quote of his for the beginning of Breaking News, the video that arteBA Fundación recently published on their Instagram TV account: “When there is not a single thing on earth that oblivion does not erase or that memory does not alter, and when nobody knows into what images the future will be translated.”

There is an uncertainty that exists in these times as never before, but it does not seem to distress Porter. “This pause, this silence, is an opportunity to think. I believe that, in this aspect, it can have positive and unexpected consequences,” she told LA NACION during her quarantine in New York, where she has lived since 1964, while remotely opening an exhibition in Houston.

Liliana managed to instill this optimistic attitude into the little figurines that inhabit a large part of her creations. Dedicated to tasks that seem too much for them, subjected at times to tragic situations, the figurines clean or fix things patiently and with perseverance, as if time stood still.

Any similarity with the situation today is no mere coincidence. The relationship with “what we call reality” is one of the main themes of her work, which includes engravings, drawings, installations, objects, photography, video and theater. In addition to having her work represented in the collections of the most established museums around the world, she also participated in the Venice Biennale with an installation exhibited in the The Latin American Art Museum of Buenos Aires (MALBA) that was acquired by the Pérez Art Museum in Miami.

Her most recent project, filmed with cellphones by actors in their own homes, is available on vimeo, yet another proof that she is always ready to reinvent herself, just like her mother.

(Translated from Spanish by Kurt Hollander)