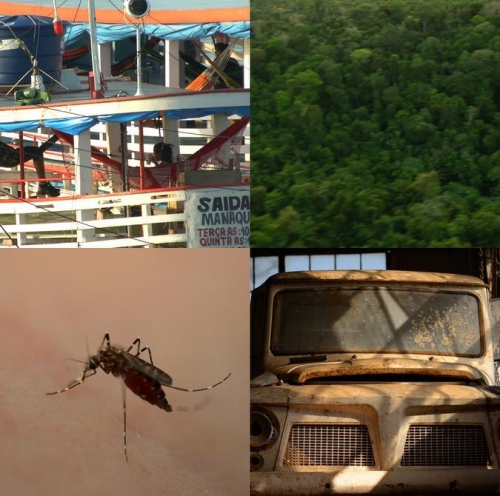 In 2012 Museum Boijmans Van Beuningen in The Netherlands acquired the video Xilitla (2011) by Melanie Smith (1965, Poole, UK), a British artist based in Mexico City. This work was featured in her solo presentation in the Mexican pavilion at the Venice Biennale in 2011. This autumn Museum Boijmans Van Beuningen presents an exhibition of Smith’s work from 1994 to the present. The exhibition was shown earlier at the MK Gallery in Milton Keynes and includes the video work Xilitla, her most recent film Fordlandia, vitrines with hundreds of objects, wall paintings, photographs and collages. This is Smith’s first solo exhibition in the Netherlands.

Melanie Smith was born in Poole, a city nearby London. She has lived and worked in Mexico City since 1989. Recurring themes in her work include migration, travel, adventure, getting lost, utopian ambitions, dislocation, abstraction and the idea that the grass is greener on the other side. A good example is the work Xilitla. In this film Smith explores the Mexican rain forest and stumbles upon mysterious ruins overgrown with vegetation. The fantastic structures and follies were built by Edward James, the eccentric collector of Salvador Dalí, Paul Delvaux and René Magritte. Her recent work Fordlandia takes place in the Brazilian Amazon, where Henry Ford attempted to establish a rubber plantation in the 1920s. This video was recently acquired by the museum. The exhibition is a partnership with the MK Gallery in Milton Keynes.