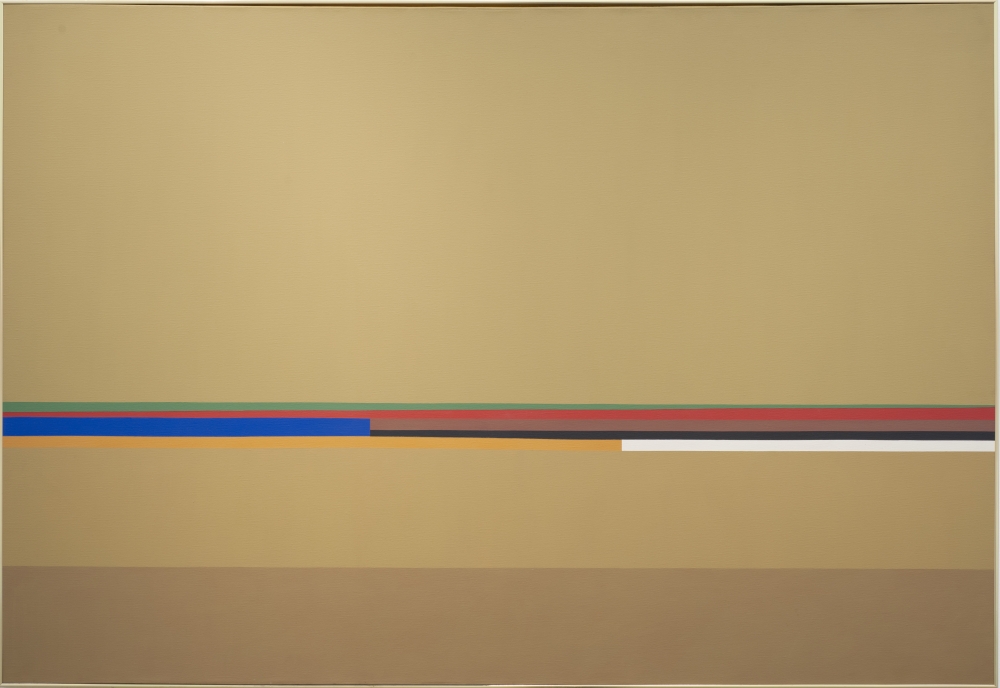 Sicardi | Ayers | Bacino is hosting Mercedes Pardo’s “Beyond Color” in collaboration with the Otero Pardo Foundation at its Houston venue.

On view through November 8, this is Mercedes Pardo’s first solo exhibition at Sicardi | Ayers | Bacino.

According to the gallery press release, “the beginnings of Mercedes Pardo (Venezuela, 1921-2005) as a professional artist place her within the so-called ‘informalist’ movement, which dominated the scene of abstract art in the early 1960s in Venezuela, particularly among artists who were coming back from their learning trips to Europe.”

This period marked the emergence of abstract art as a dominant trend and a definitive rift from the figurative art by numerous young artists, like Mercedes.

“It was during this decade that she made her numerous collages, wherein her reiterated experimentation, first with geometrical shapes and then with pieces of torn paper, gradually led her attention towards bigger color zones, until she produced the first acrylic paintings in greater format,” states the press release.

“Paintings, especially ‘Tu,’ 1969, and ‘La pesqui — sa entrañable,’ 1970, point at Mercedes’s decisive transition towards the subject of the ‘color field’ as within these one can still perceive an echo of those early collages, albeit absolutely displaced by the steadfast imposition of large zones of pure color and more defined contour lines, hinting at a shift towards geometry,” the gallery says.

The gallery reveals that the main subject of Mercedes Pardo (/artists/mercedes-pardo-139596)’s investigation on shapes and colors in the pictorial plane developed over two major regions: the configuration of space through the relation between shapes and colors, on one hand, and the exploration of unprecedented tonalities and subtle chromatic harmonies that were absolutely original, on the other.

“Later on, her work leans more heavily towards the interaction between geometrical shapes deployed upon the pictorial plane, always proposing audacious contrasts of color and, at times, subtle gradients of blue and violet which are barely discernible by the eye,” the gallery adds.

Click on the slideshow for a sneak peek at the exhibition.