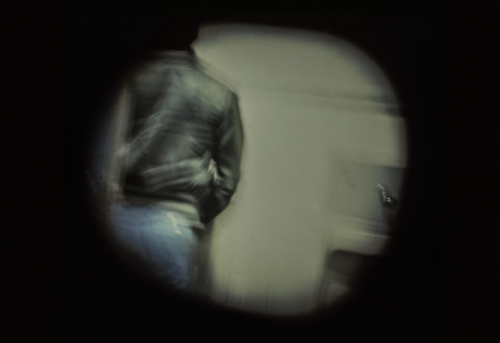 La Vuelta highlights work by 28 artists, spanning several generations. From traditional genres of photography to experimental and research-based practices, the selected projects explore the varied and changing cultural, social and political landscape of identities, values, and beliefs, questioning issues of class, identity, economic survival and the sixty-year history of armed conflict that has merged with and fueled the illegal drug trade.

The exhibition is structured around four axes: history/memory, place/territory, nature/culture, and identity/representation, grouped in four sections. Subjective memories speak to the experience of the sixty-year armed conflict that has perpetuated a culture of political violence in Colombia. Urban cartographies explores the dialogue between artists and urban spare from the exploration of place and memory to that of the social and economic landscapes of the Latin American city today. New cultures of nature investigate the nature and culture divide, through the lens of historical inquiry and scientific research. Finally, New cultures of the image examines the social construction of identity and cultural representation through artist’s critical response to the ways in which the media and social media impact cultural perceptions of race, sexuality, and gender.

The exhibition title, La Vuelta, is borrowed from an artwork by Juan Fernando Herrán. In the context of this work, vuelta (Colombian slang) refers to an illegal mission: to steal, kill, deliver drugs or weapons. In cycling and other sports, vuelta is a race in stages around a country, and so the exhibition is presented as a tour of a country through the lens of its artistic production. Finally, vuelta suggests a come-back, as in this moment when Colombia enters a new era after reaching a peace agreement with the leading insurgent group, FARC. Thus, vuelta conjures tension and expectation as well as possibility—a word rich with meaning and relevant for all that is at stake.
Chapelle Saint-Martin du Méjan