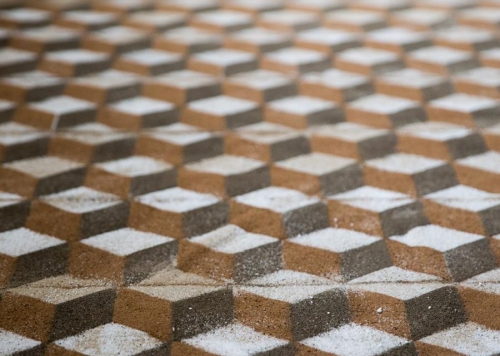 Sicardi Gallery is proud to announce that Miguel Ángel Rojas will be included in the 20th Biennale of Sidney, curated by Stephanie Rosenthal. Titled The future is already here — it’s just not evenly distributed, the Biennale opens March 18, 2016.

Conceptual and multimedia artist Miguel Ángel Rojas is known for large-scale installations, drawings, video works and sculptural projects that interrogate the ethical, social and moral issues confronting contemporary Colombian society. Central to Rojas’s work is a symbolic language connected to his immediate surroundings and closely linked with Colombian culture and history. Often using historically controversial materials, such as coca leaves, gold, silver and native grass, in subtle and unexpected ways, Rojas highlights the disparities between the wealthy and those who are less fortunate.

A pioneer of experimental visual art practices in Colombia since the 1970s and 1980s, Rojas challenges assumptions about the ways in which art can be created, exhibited and understood. In 1981 the artist created his first installation, Grano, a large-scale ephemeral floor drawing that was both a

trompe l’oeil landscape and a form of abstract self-portrait. Made using soil from his hometown of Girardot as a primary material, the drawing was an exact replication of the tile floor of his childhood home. Since then, Rojas has created several different iterations of the effect, such as the installation Unas de cal y otras de arena, which he created for the International Biennial of Contemporary Art of Cartagena de Indias (BIACI) in 2014.

Here, Rojas’s floor installation was composed of sand, salt, lime and gold, replicating an antique tile pattern known as Córdoba, once common in upperclass mansions and colonial houses in Cartagena. Combining the pattern with traces of gold, Rojas meditated on the influence and effect of colonial rule on pre-Columbian indigenous civilisations who valued gold as a spiritual and ritual material and which were physically and culturally decimated by Spanish colonists. Ironically, the Córdoba pattern is now also slowly disappearing as foreign investors buy and renovate the buildings, erasing traces of colonial history one property at a time.

At the Embassy of the Real on Cockatoo Island, Rojas presents an illusory floor installation titled Piedra en el Zapato, 2016, meaning ‘stone in the shoe’, which challenges the viewer’s perception and continues his subtle investigation of the impact of colonialism on indigenous cultures. Situated in the annex of the former Mess Hall in the convict precinct, Rojas’s work expands on themes explored in Cartagena, referencing Australia’s history as a British colony and deliberating on the impact of colonisation on Aboriginal and Torres Strait Islander populations. Reproducing a tessellated black-and-white tile floor commonly found in nineteenth-century Victorian architecture, Rojas creates the illusion of an occupied physical space. In the centre of the room, a naturalistic rock formation rises from the patterned floor, representing Aboriginal and Torres Strait Islander peoples’ connection to the land and the enduring heritage of the world’s oldest living culture.