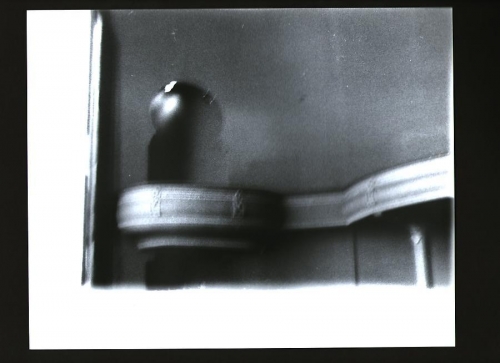 Sicardi Gallery presents a solo exhibition of major work by Miguel Angel Rojas for the 2014 Armory Show. This is the gallery's sixth year at the fair, and the first year to exhibit in the contemporary pier, Pier 94.

The exhibition will include, among other works, three of Rojas’s most important series: Serie Faenza (1979), Mirando la Flor (1997-2007), and David (2005). In each, Rojas uses images of the male body to symbolically engage with major political issues in Colombia. Serie Faenza is a series of photographs taken in Bogotá’s adult film theaters. During decades of political repression, the theaters became underground venues for homosexual encounters; Rojas’s photographs, long exposures taken without flash, are ghostly records of a community’s most intimate moments. In Mirando la Flor, two photographs flank a video; all three are portraits of the same man as he faces the effects of a decade-long drug addiction. For David, a series of 12 monumental photographs, Rojas poses his model—a Colombian soldier with an amputated leg—to replicate the stance of Michelangelo’s famous sculpture. The photographs place the human toll of Colombia’s ongoing military conflicts in tension with art history’s most idealized human form. Rojas’s work has shown at MoMA, El Museo del Barrio, Bronx Museum of Art, and the Whitney, New York; the São Paulo Bienal; the Museum of Fine Arts, Houston; and the Miami Art Museum.