Sicardi Gallery is pleased to announce the opening of Geraldo de Barros: Off Center. The opening reception is from 6-8 pm on Thursday, March 10.

The photographs that Geraldo de Barros (1923-1998, Brazil) made in the late 1940s and early 1950s have been described as both a transition and a rupture in the artist's long career. Although de Barros has become widely known for his innovations in the medium, he actually worked much more extensively as a painter and a designer. In fact, he made photographs only during two periods of his life: between 1946 and 1951, and in the two years before his death in 1998. The photographs included in Off Center were made between 1948 and 1951, and they indicate not only de Barros's formal innovations, but also his place within an avant-garde community that was flourishing in Brazil at mid-century. In these images, he explores objectivity and subjectivity, mathematics, intuition, abstraction, and recognition: he uses the medium of photography to challenge our ideas about how the "real" is represented. As Adon Peres writes, "...his photographs were not meant to suggest a fixed and eternally immobile image, but were intended to encompass the possibility of transformation."

Geraldo de Barros: Off Center is on view in conjunction with the 2016 FotoFest Biennial. The exhibition continues through April 23. For more information, please contact the gallery at info@sicardi.com or call 713.529.1313. 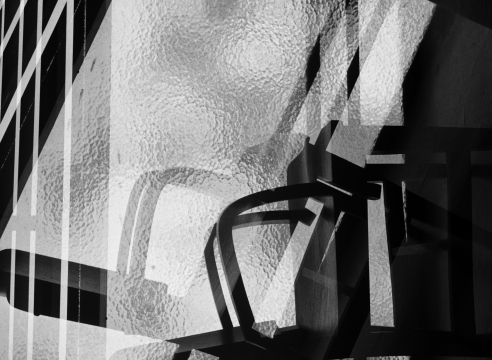 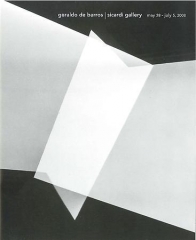