Sicardi Gallery is pleased to announce a solo exhibition of work by Marie Orensanz (b. 1936, Argentina). The exhibition, ...a path to share... includes the artist's installation of 20 white opaline bells, ...in honor... of whom? (1999-2015), as well as a suite of vintage mixed media works on paper from the 1970s and several marble sculptures. The exhibition will be accompanied by an essay by curator Domitille d'Orgeval. The artist and curator will be present at the opening reception.

Marie Orensanz began her artistic career studying painting with two of the foundational artists of Argentine Modernism: Emilio Pettoruti and Antonio Seguí. An active member of the art scene in Buenos Aires in the 1960s and 1970s, she participated in the exhibitions and cultural activities organized by the Instituto Torcuato Di Tella, and she was involved with the Centro de Arte y Comunicación. In 1972, she moved to Milan. The proximity to Carrara and its marble quarries sparked her early production in stone. She has continued to work with fragments of marble, making them into books and sculptures, since the 1970s.

In 1975, Orensanz moved to Paris, eventually becoming a naturalized French citizen. Three years later, she wrote a “Manifesto of Fragmentism,” in which she outlined the conceptual basis of her works, many of which are deeply informed by the practice of drawing. Written in Spanish, English, and French, the Manifesto reads: “Fragmentism searches for integration of a part with a totality; transforms by multiple readings in an object non-terminate and unlimited, traversing time and space.”

The exhibition continues through July 3, 2015. 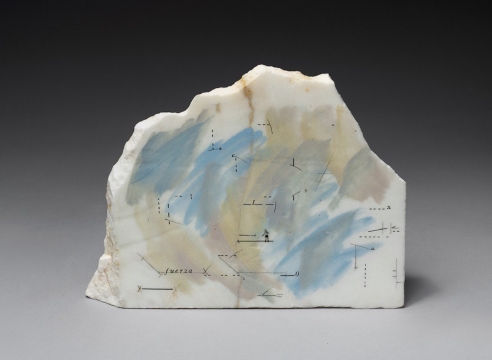 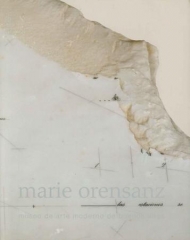